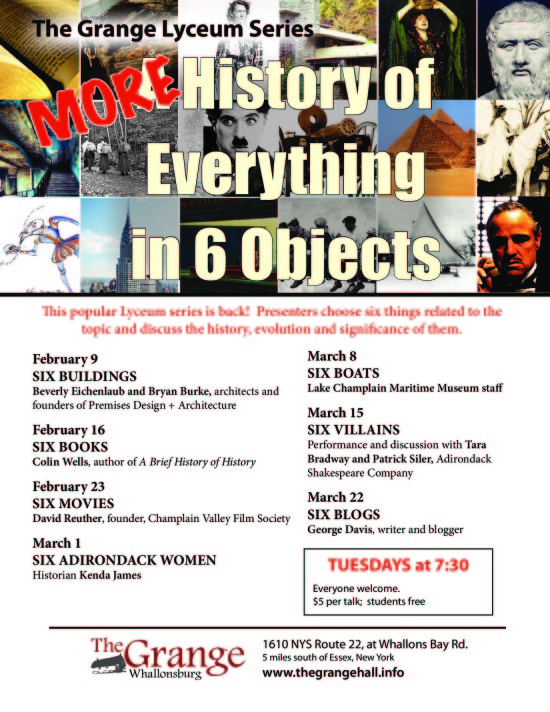 The lectures in the Whallonsburg Grange’s Winter Lyceum series, “More History of Everything in Six Objects” will occur on Tuesdays at 7:30 p.m. throughout the months of February and March. The presenters will choose and discuss six objects that demonstrate the history, evolution, and significance of the common things around us.

Admission for each lecture is $5, and free for students.