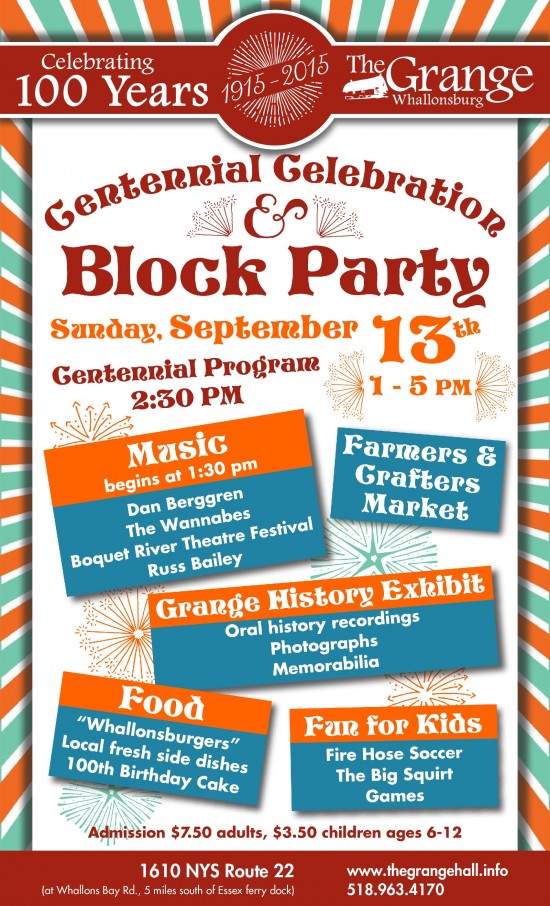 The public is invited to celebrate the 100th anniversary of the Whallonsburg Grange Hall on Sunday, Sept. 13 from 1:00 to 5:00 p.m. The event will include music, food, a historical exhibit, and a farmers and crafters market, with a celebratory program at 2:30.

Music will be ongoing throughout the event, featuring Adirondack folk musician Dan Berggren, and including local musicians Russ Bailey, the Wannabes, and the Boquet River Theatre Festival performers.

Local fire departments will be present to give truck tours and demonstrations to the children, and to organize The Big Squirt and fire hose soccer. Other children’s activities include games, mural making, sculpting, and cider pressing.

The Whallonsburg Civic Association will be selling commemorative T-shirts with a Grange centennial logo designed by local children’s author Steven Kellogg. The Association will also present a historical exhibit of memorabilia from the early decades of the Grange Hall, including speeches, letters, photos, and other memorabilia.