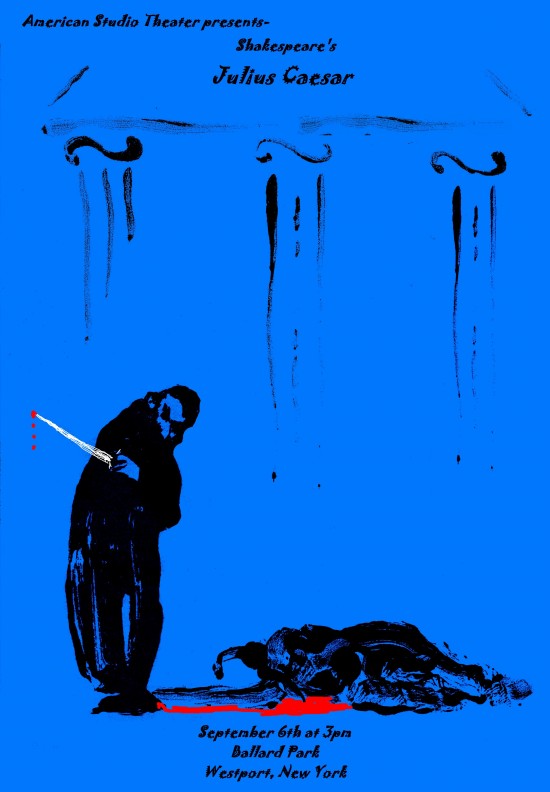 JULIUS CAESAR, Shakespeare’s first great tragedy, will be performed outdoors at Ballard Park in Westport, New York on September 6 at 3:00 pm. This is American Studio Theater’s 14th consecutive Labor Day weekend production for the town’s popular annual Shakespeare-in-the-Park festival. Free admission for all! The audience is encouraged to bring blankets and/or chairs for seating.

This production of JULIUS CAESAR, a story of political maneuvering, conspiracy and assassination, will be set in modern times. This production will be directed by festival regular Rebecca Lincoln and will feature actors from New York City and Los Angeles alongside several Westport local residents.