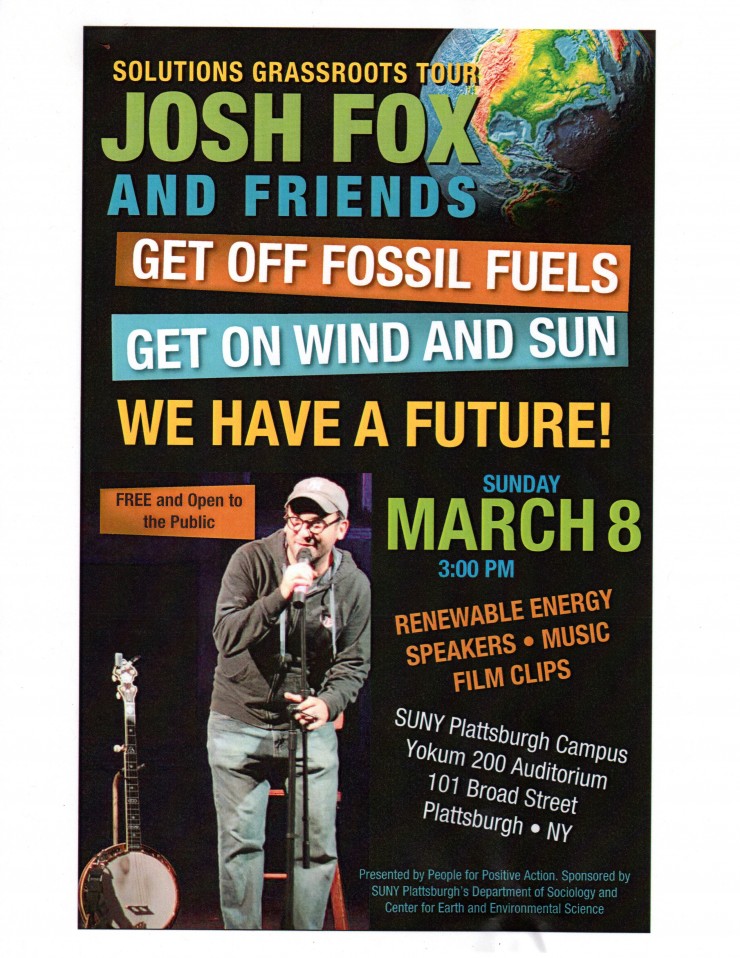 Conceived and directed by Oscar-Nominated and Emmy-Winning filmmaker and activist Josh Fox, The Solutions Grassroots Tour:  “A Solar Home Companion” combines classic storytelling and great music with roll-up-your sleeves organizing to look at the impacts of fossil fuel development and provide a vision for developing renewable energy like no other event on the planet.

Lightly parodying NPR/Garrison Keillor’s popular “A Prairie Home Companion” the show is like an old fashioned variety show, with music, stories, film sequences, and Americana but with a new twist:  this show teaches it’s audience how to go renewable and how to organize for a sustainable future.

“We’re very excited about where New York state is headed” says Josh Fox, director of the tour  “Governor Cuomo has shown bold and brave leadership in banning fracking in New York, now we have to do the next step: build renewable energy and sustainable communities.  We’re hoping this tour can help jumpstart the process. Zephyr Teachout’s campaign built grassroots strength across NY, now she is joining us to use that network to build renewable energy and strengthen democracy, we’re excited about her joining us.”

Music and Renewable Energy under one roof:  In addition to Josh Fox’s banjo playing the tour will feature a musical artist at most locations as well as a renewable energy expert who can answer questions about solar, wind, and local renewable energy providers.  Bethany and Rufus, the acclaimed voice and cello duo, Peter Yarrow, of Peter, Paul and Mary, and Vanessa Bley of Twin Danger are some of the artists who have committed to at least one date one the tour. You never know who might show up to play!

And if that wasn’t all “A Solar Home Companion” will include never before seen sneak peek clips of Fox’s new film on climate change, a world spanning new look at the climate crisis. Fox travels to the Amazon, Africa, Iceland, the American West to witness climate change first hand and bring inspirational stories of communities on the front lines of the climate crisis around the world.

You can stay up-to-date with information about this event and RSVP on its Facebook page.