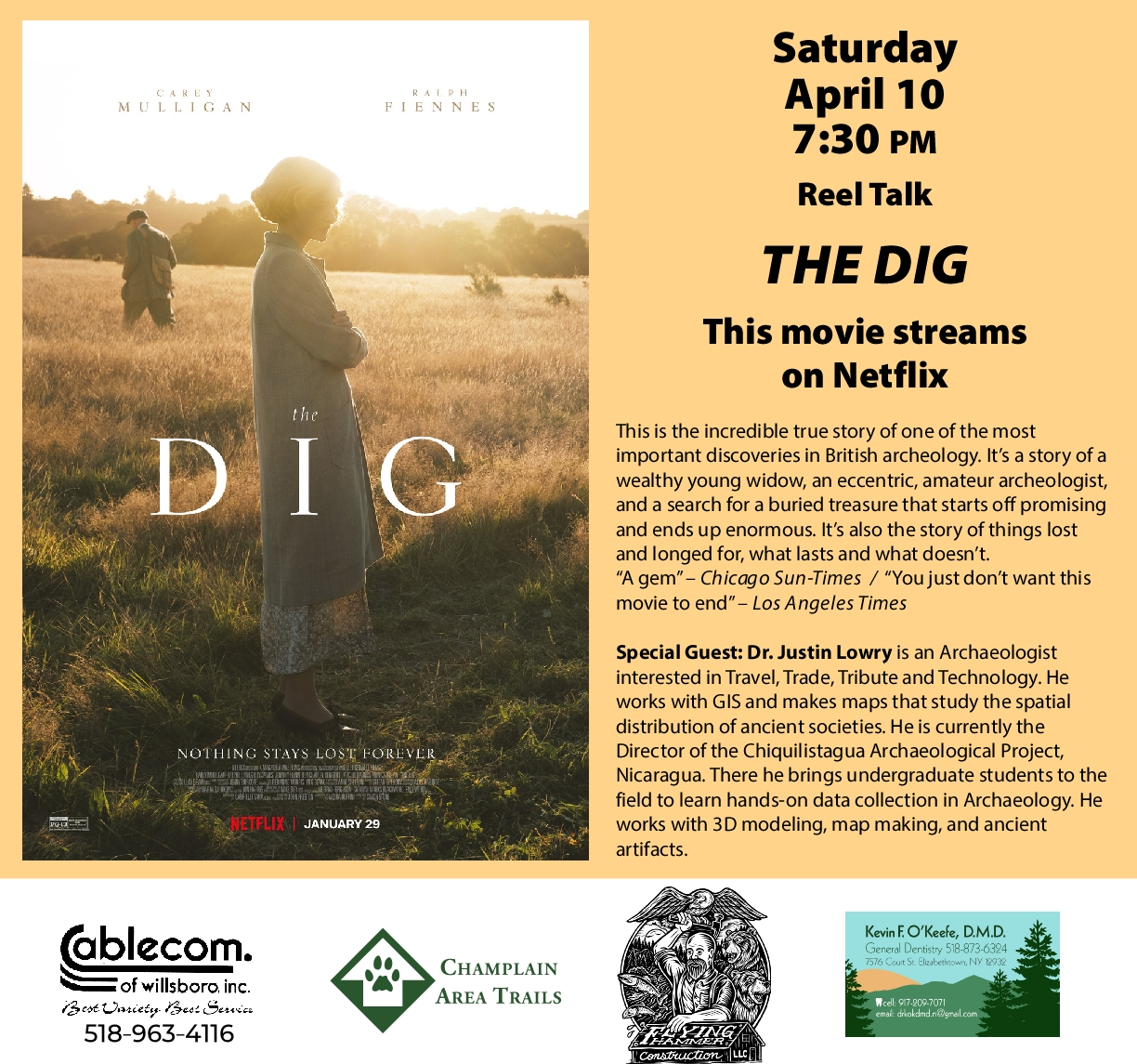 In order to help keep our community healthy, we won’t be showing movies at the Grange until later this year. Instead, the Home Together Spring Film Series has picked three movies you can watch anytime on your own at home and then join a REEL TALK via Zoom. You can listen to a provocative discussion about the film by a special guest and submit your own questions. We can be Home Together with great movies and lively speakers until we can be together in person in front of the big screen at the Grange again.

The Dig streams on Netflix

This is the incredible true story of one of the most important discoveries in British archeology. It’s a story of a wealthy young widow, an eccentric, amateur archeologist, and a search for a buried treasure that starts off promising and ends up enormous. It’s also the story of things lost and longed for, what lasts and what doesn’t.

REEL TALK speaker Dr. Justin Lowry is an Archaeologist interested in Travel, Trade, Tribute and Technology. He works with GIS and makes maps that study the spatial distribution of ancient societies. He is currently the Director of the Chiquilistagua Archaeological Project, Nicaragua. There he brings undergraduate students to the field to learn hands-on data collection in Archaeology. He works with 3D modeling, map making, and ancient artifacts.

REGISTER FOR THE REEL TALK HERE