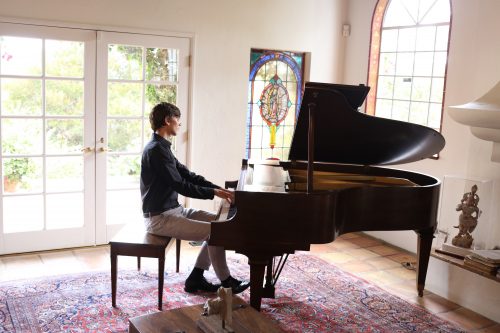 Dan is excited to return to Westport to share his final doctoral degree recital in the studio of his former teacher and mentor, Dr. Rose Chancler. The program will include a combination of Classical masterworks and twentieth-century pieces. After opening with Mozart’s Sonata in D Major, K. 311, he will perform Chopin’s imposing Sonata in B Minor, Op. 58, composed near the end of Chopin’s short life. The second half will include Berg’s Piano Sonata, Op. 1, an early modern masterwork composed in 1909, and Piano Set I by American composer Daniel Asia. Dan recently performed Asia’s piece at the University of Arizona Music + Festival 2018, and the recording is available to view on YouTube: https://youtu.be/6Cf0Ga41aVI.

Dan will introduce each piece on the program with a short talk. All are welcome!