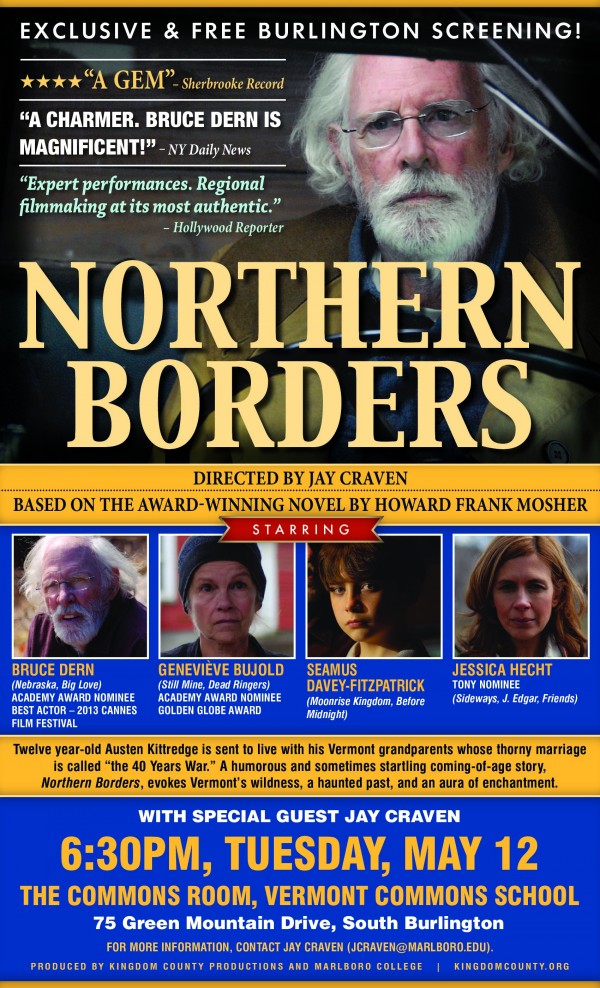 Award-winning indie director Jay Craven’s newest film, Northern Borders will play at 7:00pm, Tuesday, May 12th at Vermont Commons School in South Burlington, VT.  Craven will appear at the opening night screening to introduce the film and lead post-screening discussion.  Admission to the screening and discussion is free.

Northern Borders was shot in Vermont and it’s based on the award-winning Howard Frank Mosher novel recently declared by The London Guardian as one of the “Top Ten Books Featuring Grandparents.” It tells the story of ten year-old Austen Kittredge, who is sent to live on his grandparents’ Kingdom County Vermont farm, where he has wild adventures and uncovers long-festering family secrets. A trailer for the film can be found here. Or watch below.

The Sherbrooke Record calls Northern Borders, “A gem.”  The Hollywood Reporter calls it “Regional filmmaking at its most authentic.”  The New York Daily News calls the picture, “A charmer with a sense of integrity” and says, “The stubborn old mule Bruce Dern played in Nebraska was a pussycat compared to the grudging old goat he portrays in Northern Borders. Dern made the movies back-to-back and is magnificent in both.”