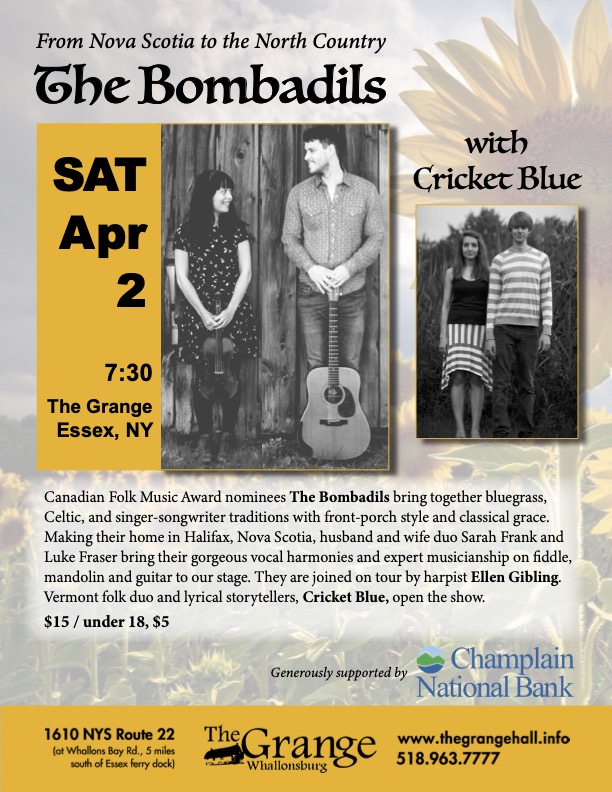 The Bombadils met in 2009 while studying music at McGill University in Montreal, Québec. In the years to follow, they began recording and touring throughout Canada, and internationally. Their 2016 album, “New Shoes,” was nominated for two Canadian Folk Music Awards and won Folk Music Ontario’s Album of the Year award. The Bombadils will be joined on this tour by harpist Even Gibling

Laura Heaberlin and Taylor Smith, the Vermont-based lyrical storytellers Cricket Blue will open the show. The eleven songs on their debut album Serotinalia feature a cast of characters right out of a short story collection. “A fresh-sounding, true delight of an album” – Folk Radio UK