MOVIE: THE WIZARD OF OZ 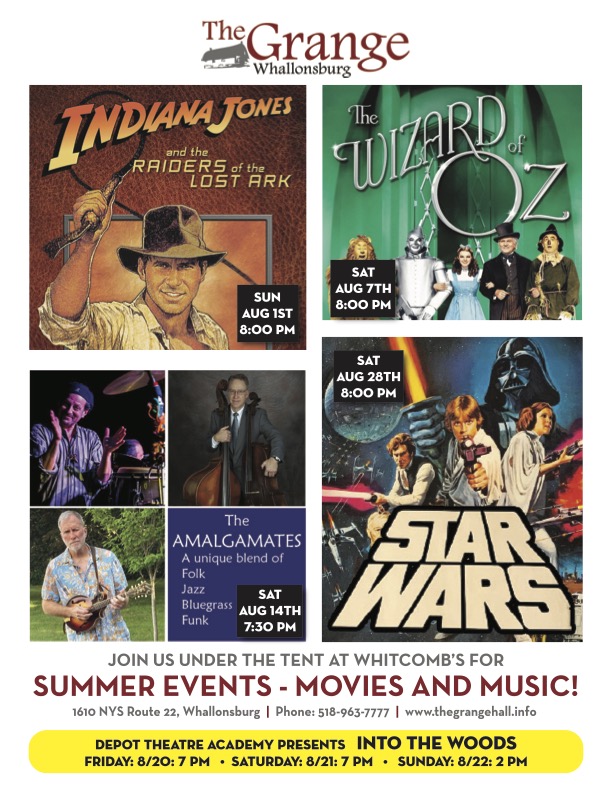 THE WIZARD OF OZ (1939) is the most seen film in movie history, according to the Library of Congress. Characterized by its use of Technicolor, fantasy storytelling, musical score, and memorable characters, the film has become an American pop culture icon.

The film is based on the 1900 children’s novel by L. Frank Baum. When a tornado rips through Kansas, Dorothy (Judy Garland) and her dog, Toto, are whisked away in their house to the magical land of Oz. They follow the Yellow Brick Road toward the Emerald City to meet the Wizard, and en route they meet a Scarecrow (Ray Bolger) that needs a brain, a Tin Man (Jack Haley) missing a heart, and a Cowardly Lion (Bert Lahr) who wants courage. The wizard asks the group to bring him the broom of the Wicked Witch of the West (Margaret Hamilton) to earn his help.

We planned to be outside under the tent, but space and weather has dictated otherwise.  We’re inside the Grange, watching them on the big screen.

Rain location indoors at the Grange.