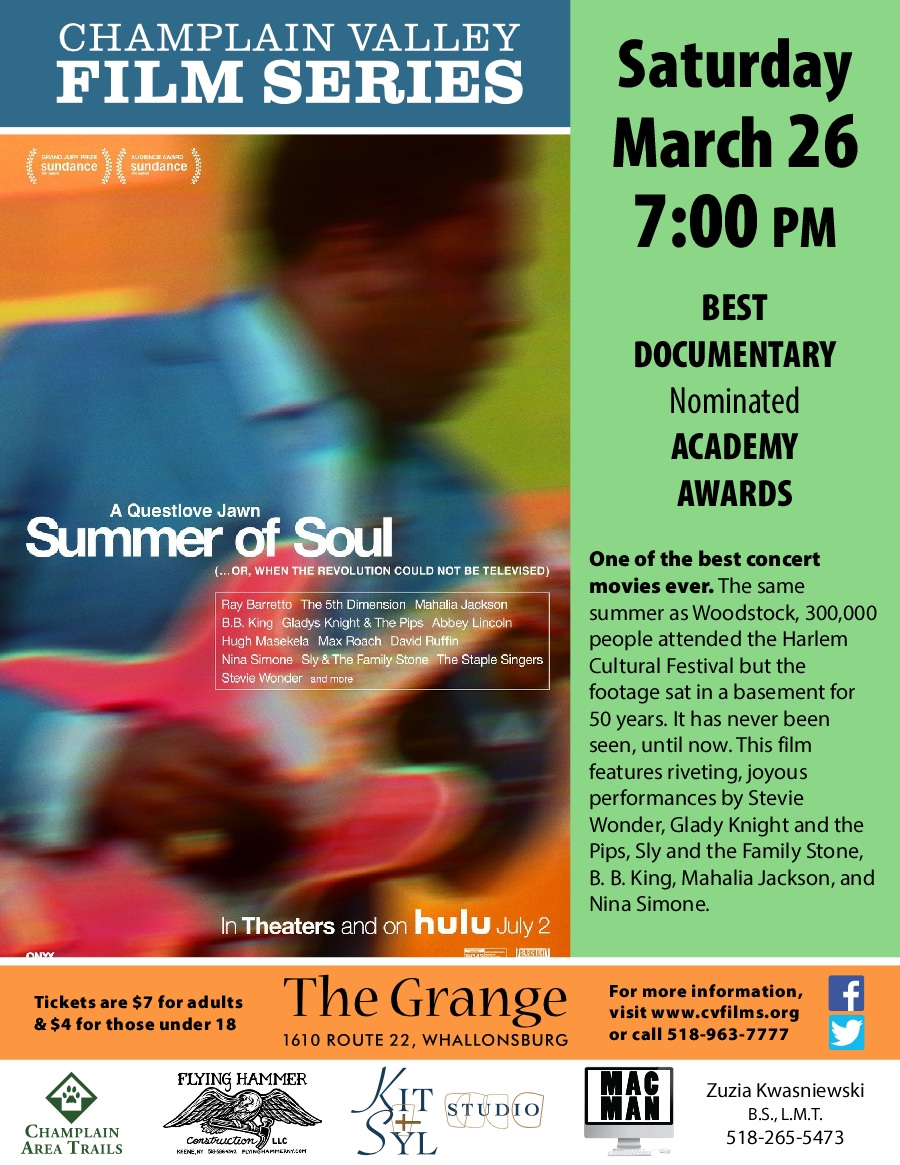 Summer of Soul (…Or, When the Revolution Could Not be Televised)

Over the course of six weeks during the summer of 1969, 300,000 people attended the Harlem Cultural Festival to celebrate Black history, culture, music, and fashion.

The concerts were filmed but the footage was never seen and largely forgotten — until now. One of the best concert movies ever, it features riveting, joyous performances by Stevie Wonder, Glady Knight and the Pips, Sly and the Family Stone, B. B. King, Mahalia Jackson, and Nina Simone. It also reminds us of what was happening in the summer of 1969, from revolutionary protests in the streets to a man on the moon.

“The movie is a gift.” — Boston Globe