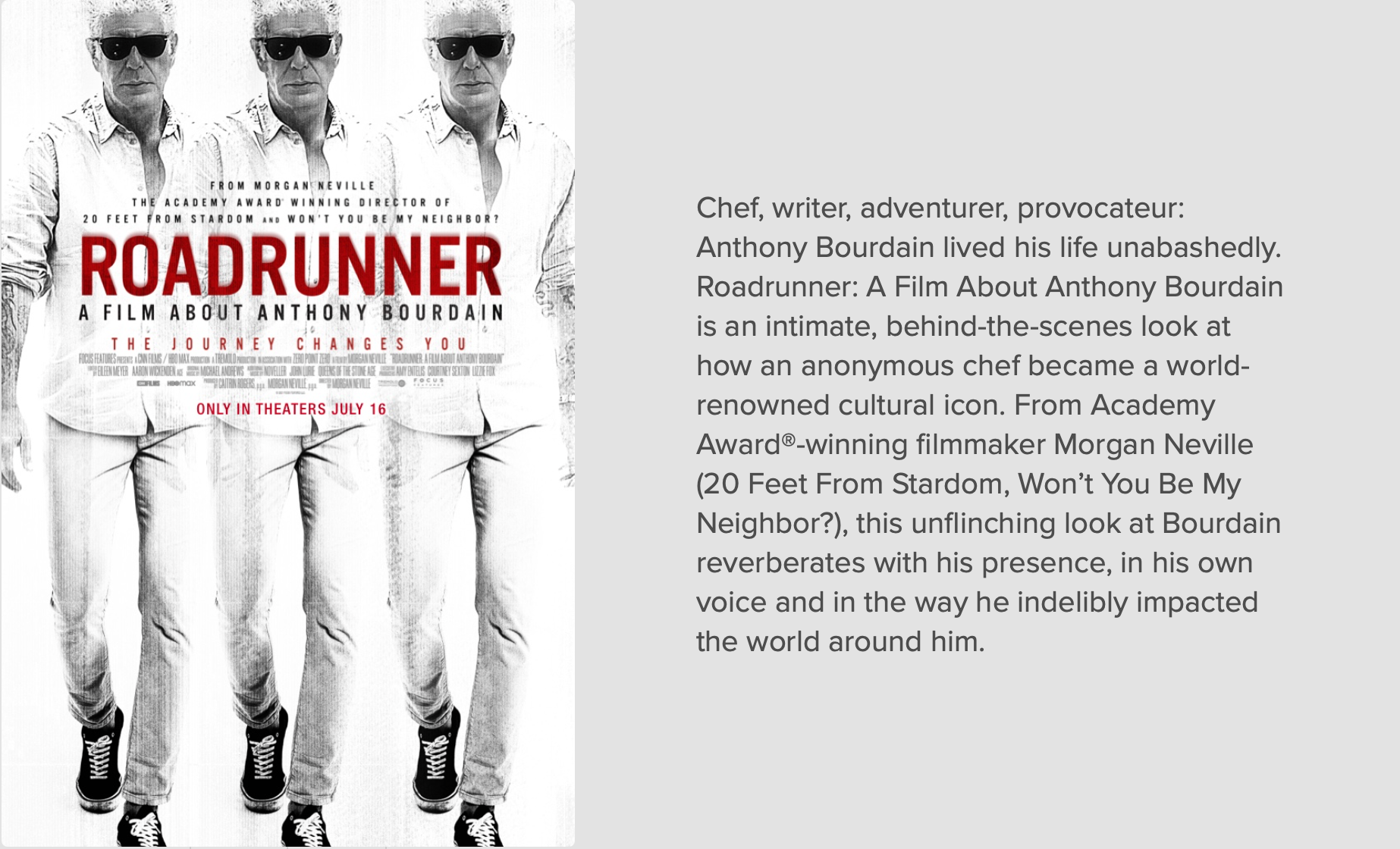 It’s not where you go. It’s what you leave behind…. Chef, writer, adventurer, provocateur: Anthony Bourdain lived his life unabashedly. Roadrunner: A Film About Anthony Bourdain is an intimate, behind-the-scenes look at how an anonymous chef became a world-renowned cultural icon. From Academy Award-winning filmmaker Morgan Neville (20 Feet From Stardom, Won’t You Be My Neighbor?), this unflinching look at Bourdain reverberates with his presence, in his own voice and in the way he indelibly impacted the world around him.