Lecture on Prison History in the North Country 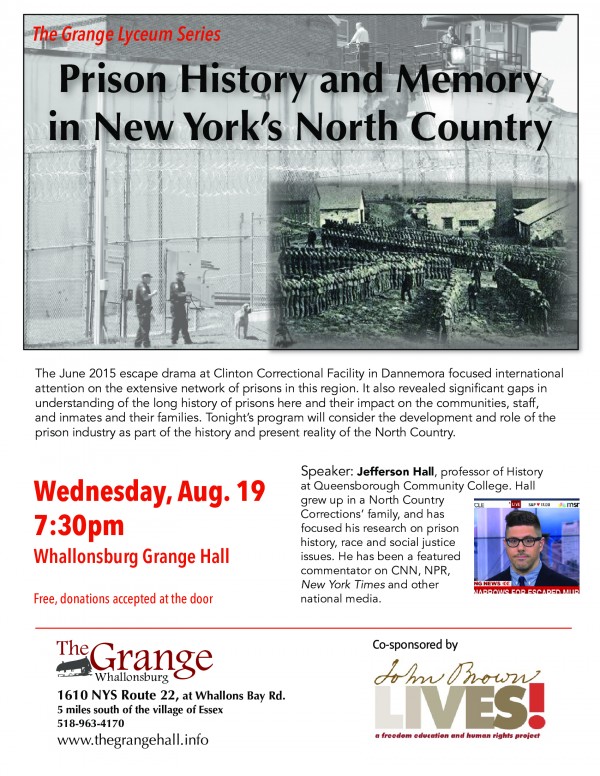 The Whallonsburg Grange Hall and John Brown Lives! will host a summer lyceum on Wednesday, August 19 at 7:30 p.m. Prison historian Jefferson Hall will give a lecture entitled “Prison History and Memory in New York’s North Country.”

Professor Hall grew up in a North Country Corrections’ family, and has focused his research on prison history, race and social justice issues. During the search for Matt and Sweat, he was a featured commentator in the national media, including CNN, National Public Radio, and the New York Times, among others. He currently teaches at Queensborough Community College.

The June 2015 escape drama at Clinton Correctional Facility in Dannemora focused national attention on the extensive network of prisons in the region. It also revealed significant gaps in the public’s understanding of the long history of prisons and their impact on the communities, inmates, staff, and their families. Hall’s lecture will consider the development and role of the prison industry as part of the history and present reality of the North Country.

Admission to the lecture is free and donations will be accepted at the door.