Fossils of the Champlain Valley 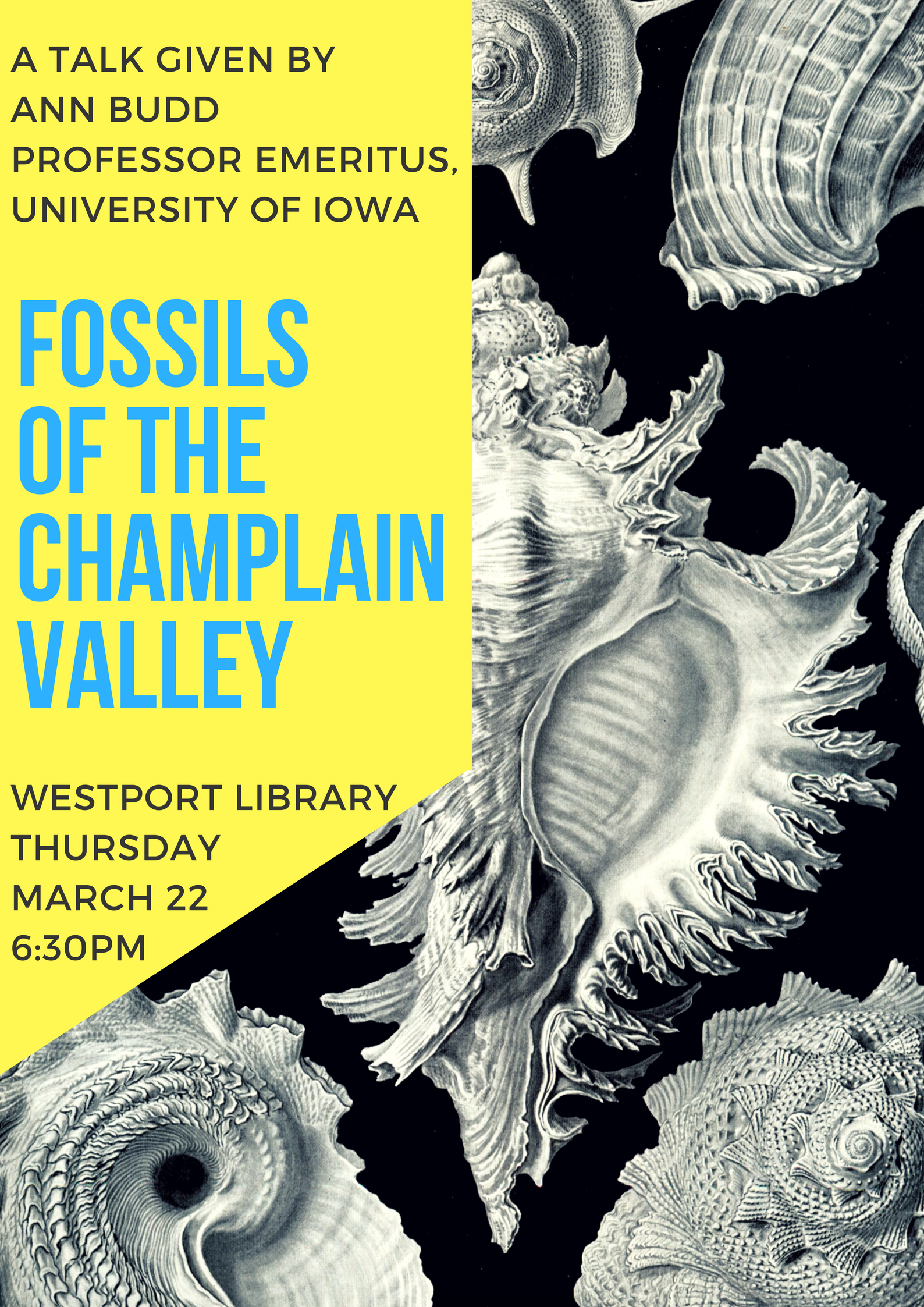 Join us 6:30pm, Thursday, March 22nd, for an exciting presentation on the fossils of the Champlain Valley.

This presentation will be given by Ann Budd. Ann is currently Professor Emeritus in the Department of Earth and Environmental Sciences at the University of Iowa in Iowa City, IA. Ann moved to Whallonsburg after she retired. Ann received her Ph.D. in 1978 from the Department of Earth & Planetary Science at Johns Hopkins University in Baltimore, and was a professor at the University of Iowa for more than 30 years. Ann is a paleontologist and her expertise is in reef corals and their evolution over the past 60 million years.

Here is a brief summary of Ann’s talk:

The rocks along the shores of Lake Champlain are unique because they contain fossils of the oldest coral reefs. These fossils provide a rare glimpse into what life was like on the earliest coral reefs, with implications for the modern-day coral reef crisis. They are middle Ordovician in age (approximately 460 million years old), and formed in a shallow marine environment that occurred along the edge of the Adirondacks. To the east was open ocean, which was deepening as a chain of volcanoes developed and eventually formed the Green Mountains of Vermont. The climate of the region was subtropical, and the fossils consist of sponges, bryozoans, brachiopods, crinoids, gastropod snails (for example, Maclurites magnus), bivalves, trilobites, and orthocone cephalopods.

Ann will begin by summarizing the geology of the region (its age, paleogeography, environment, and climate) and the general biology of each of the main fossil groups. Ann will then discuss the ecological communities these organisms formed and compare them with modern-day coral reefs, which are currently threatened by climate change, overfishing, pollution, among other things. Please feel free to bring any fossils you have collected for identification.