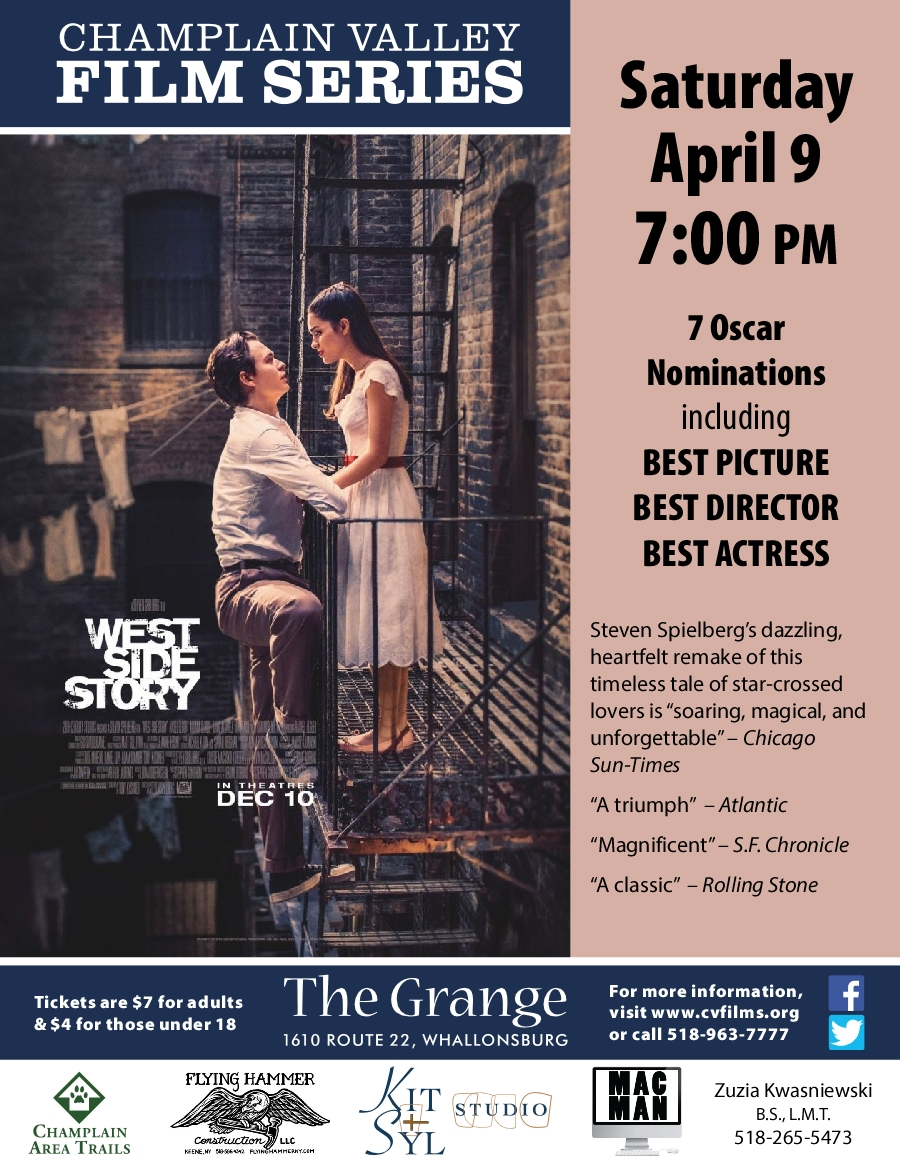 Come see these terrific movies on the big screen at the Grange!