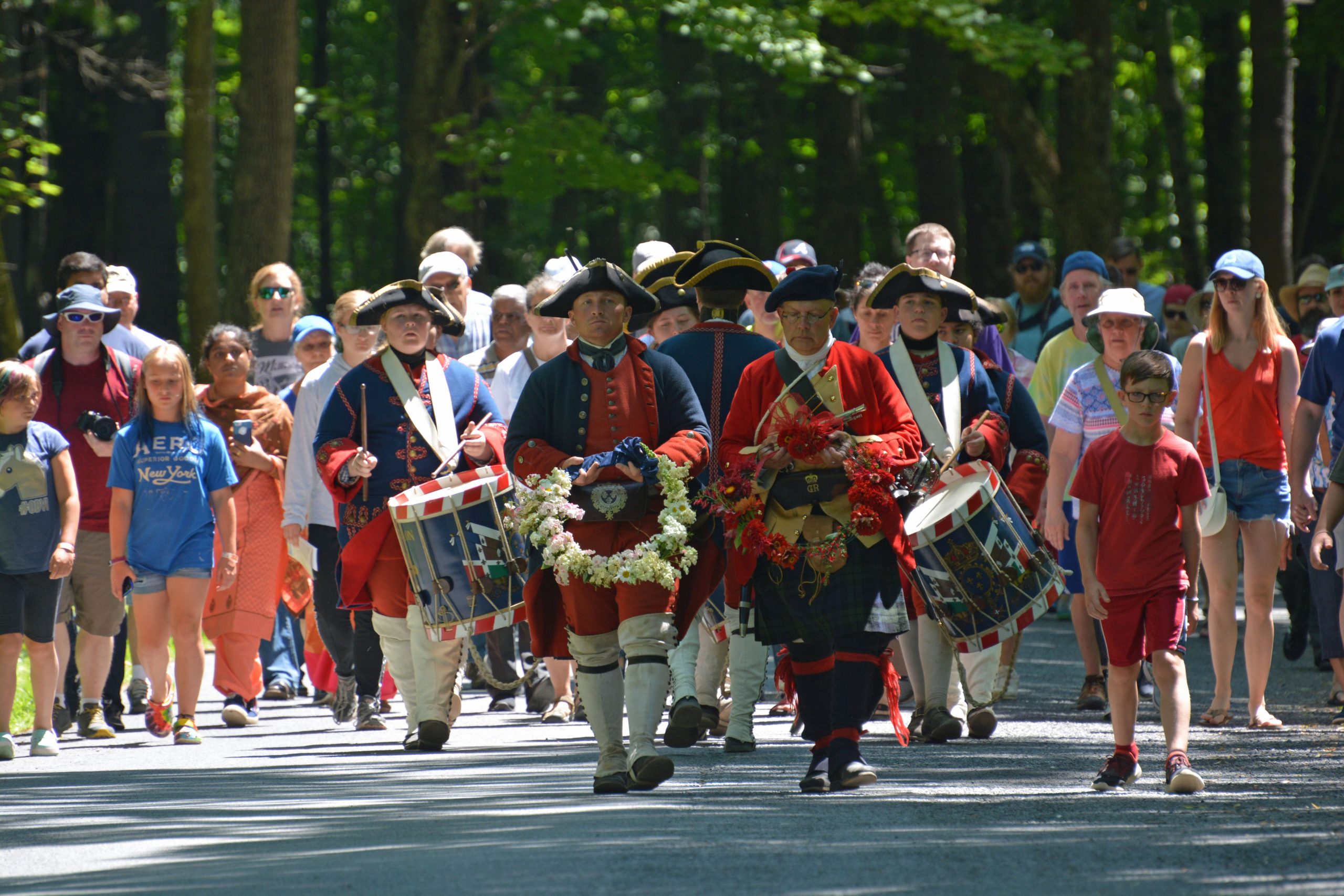 Join Fort Ticonderoga’s Fifes and Drums to lay wreaths and remember the men who fell in the climactic 1758 Battle of Carillon. Feel the power of the site and remember the day-long battle where the British had suffered casualties of nearly 2,000 men killed and wounded. The Battle of Carillon would prove to be France’s greatest victory of the French & Indian War.  Preserved on the Carillon Battlefield at Fort Ticonderoga is the largest series of untouched 18th-century earthworks surviving in North America.

In addition to the Daily Itinerary:

11:30am Battle of Carillon Commemoration (beginning at the America flag)

March behind the Fifes and Drums of Fort Ticonderoga up to the Carillon battlefield to lay a wreath in remembrance of this immense battle.