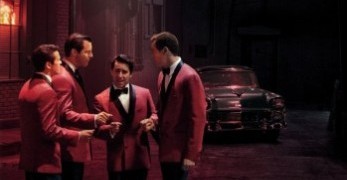 Based on the Tony-Award-winning Broadway musical, this song-filled movie tells the story of four young men from the wrong side of the tracks who came together to form Frankie Valli and the Four Seasons, the iconic 1960s rock group whose legendary hits include “Big Girls Don’t Cry” and “Can’t Take My Eyes Off You.”

Directed by Clint Eastwood and starring John Lloyd Young, who graduated from high school in Plattsburgh.