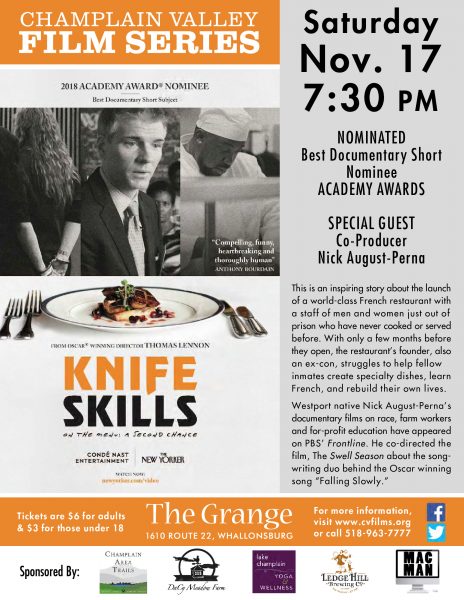 This is the inspiring story about the launch of a world-class French restaurant with a staff of men and women just out of prison who have never cooked or served before. With only a few months before they open, the restaurant’s founder, also an ex-convict, struggles to help fellow inmates create specialty dishes, learn French, and rebuild their own lives.

The film, nominated for an Academy Award, will be introduced by Westport native Nick August-Perna who co-produced it. His documentary films on race, farm workers and for-profit education have appeared on PBS’ Frontline. August-Perna co-directed the film, The Swell Season.