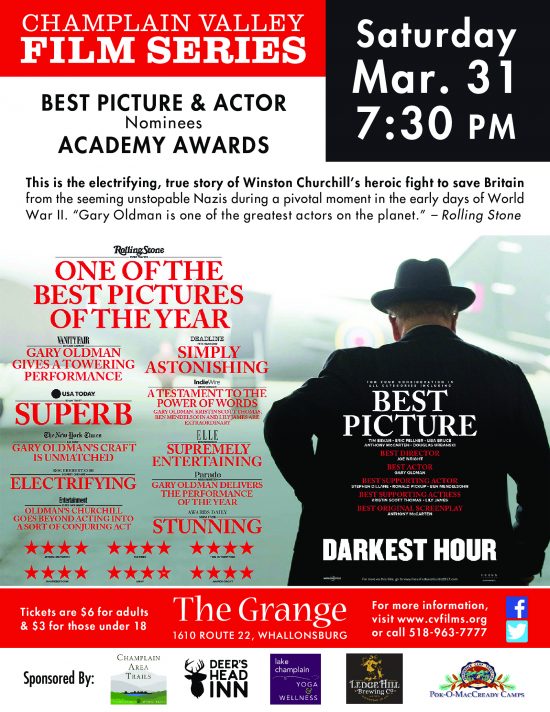 The Champlain Valley Film Series will present the film Darkest Hour on Saturday, March 31, at 7:30 p.m. at the Whallonsburg Grange Hall.

This is the electrifying, true story of Winston Churchill’s heroic fight to save Britain from the seeming unstoppable Nazis during the pivotal moment in the early days of World War II.

“Gary Oldman is one of the greatest actors on the planet.” –Rolling Stone