Calan in Concert at the Grange 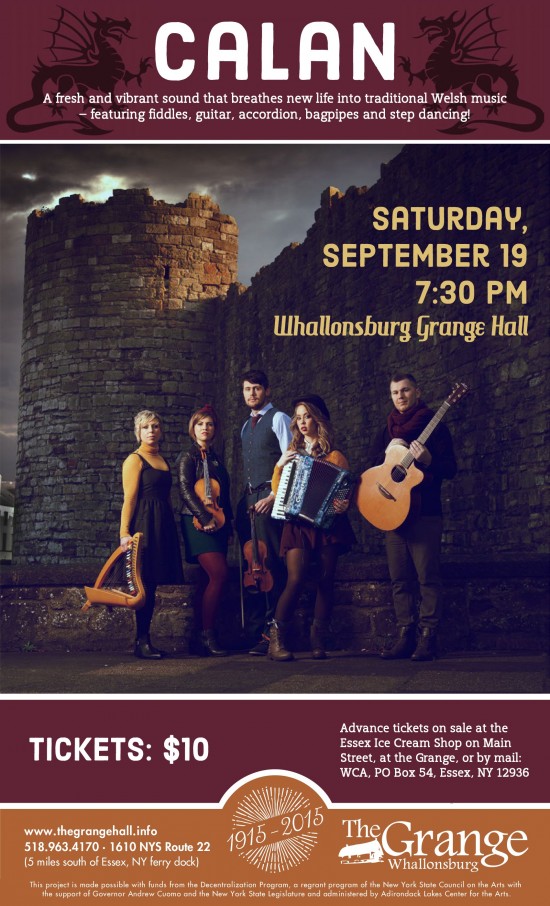 Calan bring together five young musicians who give a fresh and vibrant sound to traditional Welsh music with their spirited and energetic performances. They deliver renditions of favorite reels and jigs in what fRoots magazine calls “a tumbling onslaught of Welshness … in one joyful blast.” They also delve into some of the most beautiful and haunting songs in Welsh tradition; in their most recent release, Dinas, the group breathes new life into the ancient tale of Merlin and the Two Dragons.

The group has built up a large following since their start in 2006, and has introduced a new generation of music fans to Welsh traditional music in their home country and beyond. They have performed in Belgium, Italy, France and throughout the UK. This is their second U.S. tour.

This performance is made possible with funds from the Decentralization Program, a re-grant program of the New York State Council on the Arts with the support of Governor Andrew Cuomo and the New York State Legislature and administered by Adirondack Lakes Center for the Arts.