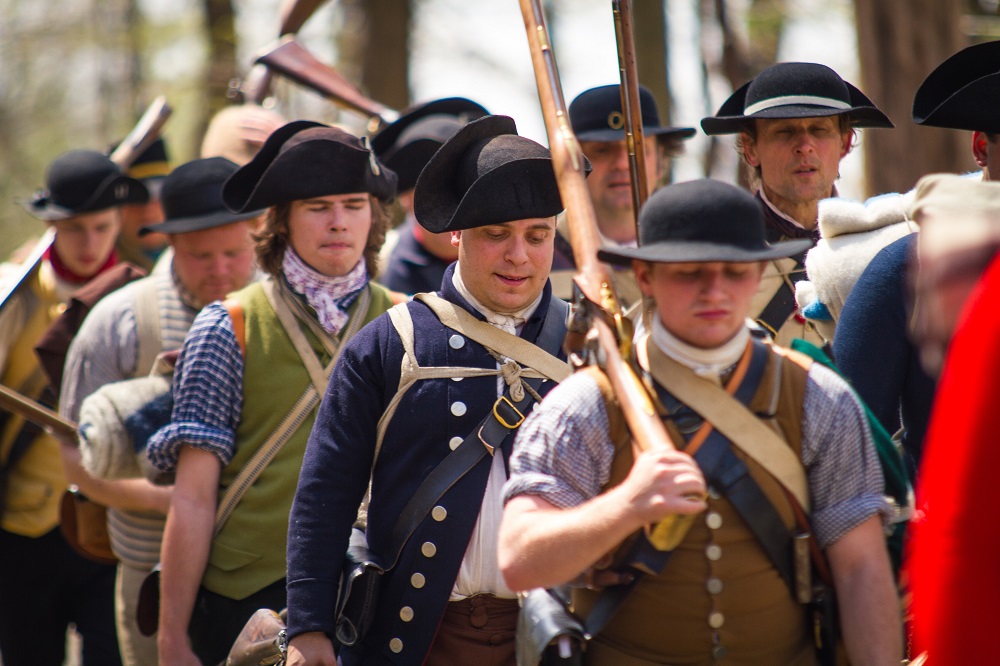 Come join us at Fort Ticonderoga, September 12 & 13 to experience all sides of this real life action adventure!

Out of the hazy twilight before dawn on September 18th, 1777 rushed Colonel John Brown’s men, catching the British and Brunswick garrison around Fort Ticonderoga completely by surprise. John Brown, no stranger to dangerous missions, helped engineer the first capture of Ticonderoga in 1775. With the stakes all the higher, he would test his luck again. As General Gates prepared to stop the British advance on Albany, he ordered General Lincoln to divide, divert, and harass General Burgoyne’s supply lines back to Canada. Colonel Brown chose his men carefully, allowed first pick of the ragtag patriot force assembled by General Lincoln at Pawlet, Vermont. Massachusetts and Vermont militia men would get their chance to strike a major blow against General Burgoyne’s attack to divide the colonies. Steadying them would be regulars from Colonel Warner’s regiment of Vermonters. Out front, Vermont rangers were to lead the way. Leading the rangers was, Captain Benjamin Whitcomb, a ranger so skilled in his craft he was a wanted man to the British Army.

Rushing down into the LeChute river valley from Lake George landing, Brown’s men captured 330 British prisoners and set 118 American POWs free. Dawn at Fort Ticonderoga would see British Cannons atop Mount Defiance, which forced the American’s to flee that summer, turned on the British garrison itself. British soldiers awoke to the sight of a Brunswick soldier cut in half by a British cannon ball fired by Brown’s men from the summit of that hill. Rearmed with captured British weapons, American POWs got a chance to settle their score shoulder to shoulder with Brown’s militia, regulars, and rangers. Destroying supplies, and livestock, capturing boats, guns, and cannons, Colonel John Brown’s raiders disappeared back up Lake George, jumping into the pages of history.

It all sounds like a Hollywood movie script, but it’s all true! Come join us at Fort Ticonderoga, September 12th& 13th to experience all sides of Brown’s raid and meet the larger than life characters that make up this real-life action adventure.

To view the schedule of events for Saturday September 12 – Sunday September 13 visit http://www.fortticonderoga.org/events/fort-events/brown-s-raid-re-enactment/detail.