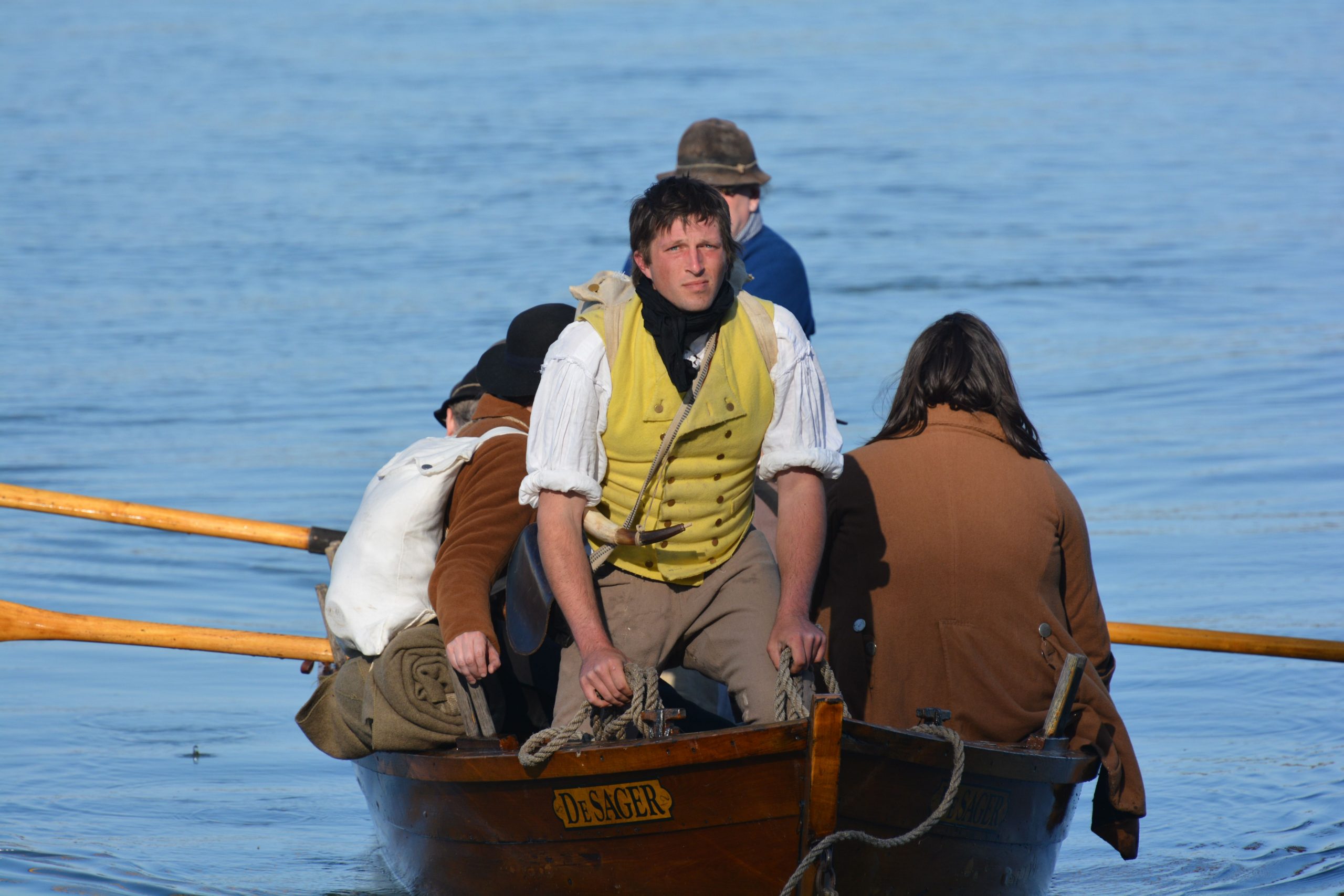 The “No Quarter” event vividly recreates the capture of Fort Ticonderoga on May 10, 1775, putting visitors in the middle of the country’s first military victory. The phrase “No Quarter” was the battle cry used by the Americans and is equivalent to “No Mercy” or “Take no Prisoners.”

Two Camps & Two Perspectives
The “No Quarter” event will feature two camps just as it was historically. The British will be in garrison at Fort Ticonderoga beginning Saturday, May 9, and will be part of Fort Ticonderoga’s special living history programming. Throughout the weekend, visitors will experience the daily lives of the British soldiers and their families with activities such as cooking, laundry, and guard duty. Tours will highlight the moment in time when the 26th Regiment of Foot was responsible for protecting Fort Ticonderoga, the lonely frontier outpost.

Across Lake Champlain, the Green Mountain Boys, led by Ethan Allen and Benedict Arnold will have a temporary camp located in Shoreham, Vermont. Beginning at noon, Fort Ticonderoga interpretive staff and re-enactors will recreate the march down to Lake Champlain along the original route in 1775. Bateaux will be awaiting them for their journey across the lake to Ticonderoga. Saturday evening, on the New York side of Lake Champlain, these re-enactors will march their way down the shore making their final approach to assault Fort Ticonderoga.

The Surprise Attack!
On Saturday, witness the alarm of the British Garrison at Ticonderoga as the American surprise attack dramatically unfolds.  Watch as the Green Mountain Boys led by Ethan Allen and Benedict Arnold rush into the fort with war cries and screams of “No Quarter!” Listen as British Officers try to buy time and reason with the American rebels. See the tension between Revolutionaries Ethan Allen and Benedict Arnold as they each try to assert control. What will happen to the soon to become British prisoners of war? See for yourself in this stunning recreation of America’s first victory at the very place where it happened 245 years ago. Gates open at 7:00 pm (last ticket sold at 8:15 pm) and the reenactment will begin at 8:30 pm.

The Aftermath
Sunday, May 10, visitors will step into the newly captured, American-held Fort Ticonderoga. See the fate of the British Guards who unwittingly arrived the day after the American capture of the fort and meet the Green Mountain Boys who overnight became Revolutionaries. From weapons demonstrations to tours, programs will highlight how Fort Ticonderoga went from a sleepy old British outpost to the center of a new theater in the War for Independence.