A Lecture Presented by Mellisa Otis-Dixon: “From Indian Encampments to Six Nations Indian Museum at Onchiota” 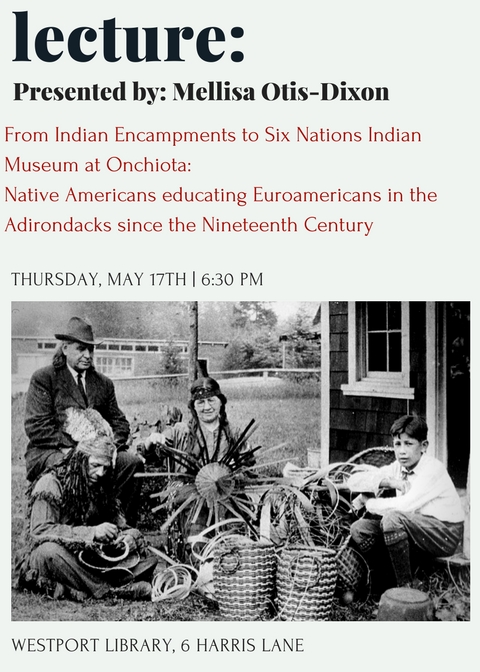 From Indian Encampments to Six Nations Indian Museum at Onchiota: Native Americans educating Euroamericans in the Adirondacks since the Nineteenth Century.  Education comes in many forms. This talk will briefly describe traditional Native American styles of education prior to contact and then focus on their use of performance, Indian Villages at local tourist attractions, and the creation of the Six Nations Indian Museum at Onchiota in the Adirondacks.